There is something in the rooibos

The organisation Indigo has been a partner of Lemonaid & ChariTea Foundation for many years. In 2011 and 2014 the organisation, through our support, contributed to improving the infrastructure in the region for the Fairtrade farmers of the Heiveld Cooperative by building solar lights and emergency water tanks. In 2016, the big success was achieved together. The Heiveld cooperative, supported by a land purchase campaign, was able to acquire its own farm which in post-apartheid South Africa is still a big achievement as most Roiboos land is held by white farmers. Today, the cooperative wants to use the natural potential of the farm and set up an eco-tourism project.

Centuries of unequal distribution of resources

In the Northern Cape, about 400 km northwest of Cape Town, lies the cultivation region of the Heiveld cooperative founded in 2001. The aim of the cooperative is to support the historically disadvantaged rooibos farmers in increasing their income and maintaining direct market access. What is special and almost unique about this cooperative is that “Coloured” farmers, who were not allowed to own land during apartheid because of their skin colour, are cultivating their own land.

As early as the 18th century, the local population was expropriated by white settlers. Even though a constitution was signed in 1834 prohibiting racial discrimination, most of the premium land had already been sold to white settlers. These rights were lost in the course of apartheid and people of color were now pure labour for the white farmers. Even with the beginning of democracy in 1994, little has changed in the distribution of land. In 2016, almost all areas producing rooibos belong to white industrial farmers. “Coloureds” have access to less than 2% of the cultivable rooibos land. The cooperative quickly reached its production limits due to increasing demand for its high-quality organic and fair-trade tea. With the purchase of the Bloomfontein farm, each member now has a larger area available and the cooperative is able to ensure its continued existence.

Since its foundation, the Heiveld cooperative has been supported by the NGO “Indigo development & change”. The South African organisation specialises in supporting rural communities in implementing their projects with a focus on strengthening marginalised population groups and promoting social and ecological justice.They are active in the following areas: biodiversity conservation & sustainable use of natural resources, climate adaptation as well as training and capacity building. The NGO now supports the cooperative in implementing a long-term plan – to use the unique nature for an eco-tourism project. 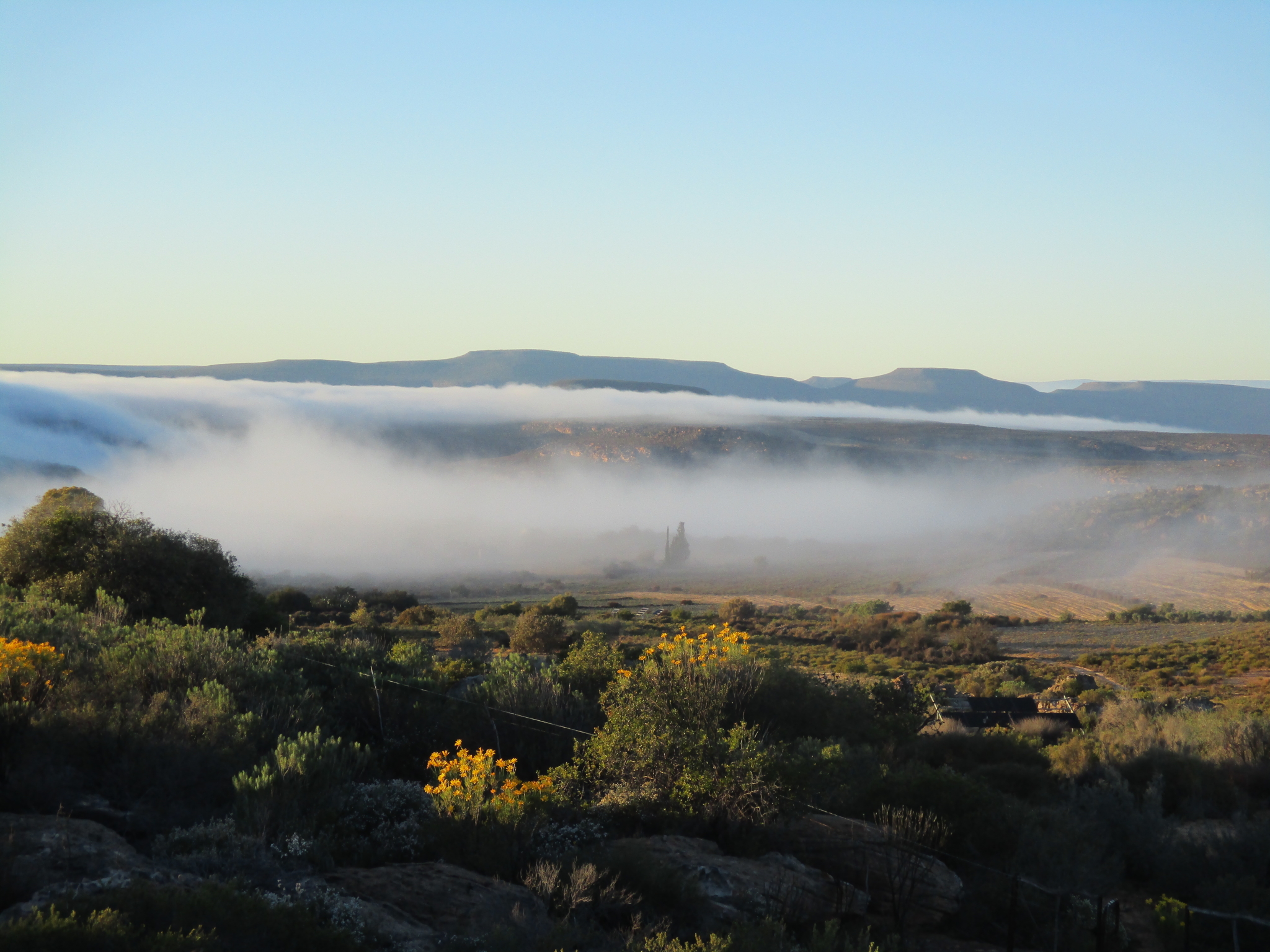 The vastness of Blomfontein Farm © Indigo 2019

Unique Nature at the Nothern Cape

Today, three years after acquiring the land, the cooperative together with Indigo wants to work on diversifying income sources for the local community by utilizing the new farm to its fullest potential. Only about 130 ha of the 2.750 ha of the farm are cultivatable. Furthermore, the farm is made up by a nature reserve with a unique landscape and biodiversity – with about 9,500 species being one of the highest concentrations of plant species worldwide. Indigo wants to use this potential and with the purchase of the land by Heiveld, has set itself the goal of establishing a gentle eco-tourism supported by the community from which the members would also profit economically.

Through the establishment of the Rietjieshuis Eco Lodge, some members of the cooperative have already gained experience in this field. The aim of Indigo and the cooperative’s current project is therefore to educate and sensitize particularly interested members of the communities to eco-tourism. In this way, younger people in particular, who do not own their own land for growing rooibos, can build sustainable livelihoods for themselves and their families. The Blomfontein farm nature reserve is also being prepared for eco-tourism – a fruitful link between soft tourism, the protection of an exceptional landscape and the cultivation of rooibos.

Eco-Toursim between wildflowers and rooibos

To turn this plan into reality, Indigo supports the local population with expertise and suitable trainers. The aim of the courses is to enable the participants to offer eco-tourism services on their own. On the one hand there will be English language courses, workshops on the topic of hospitality and tourism management. On the other hand, to give the participants the opportunity to learn from best practices, established eco-tourism companies in South Africa will be visited. 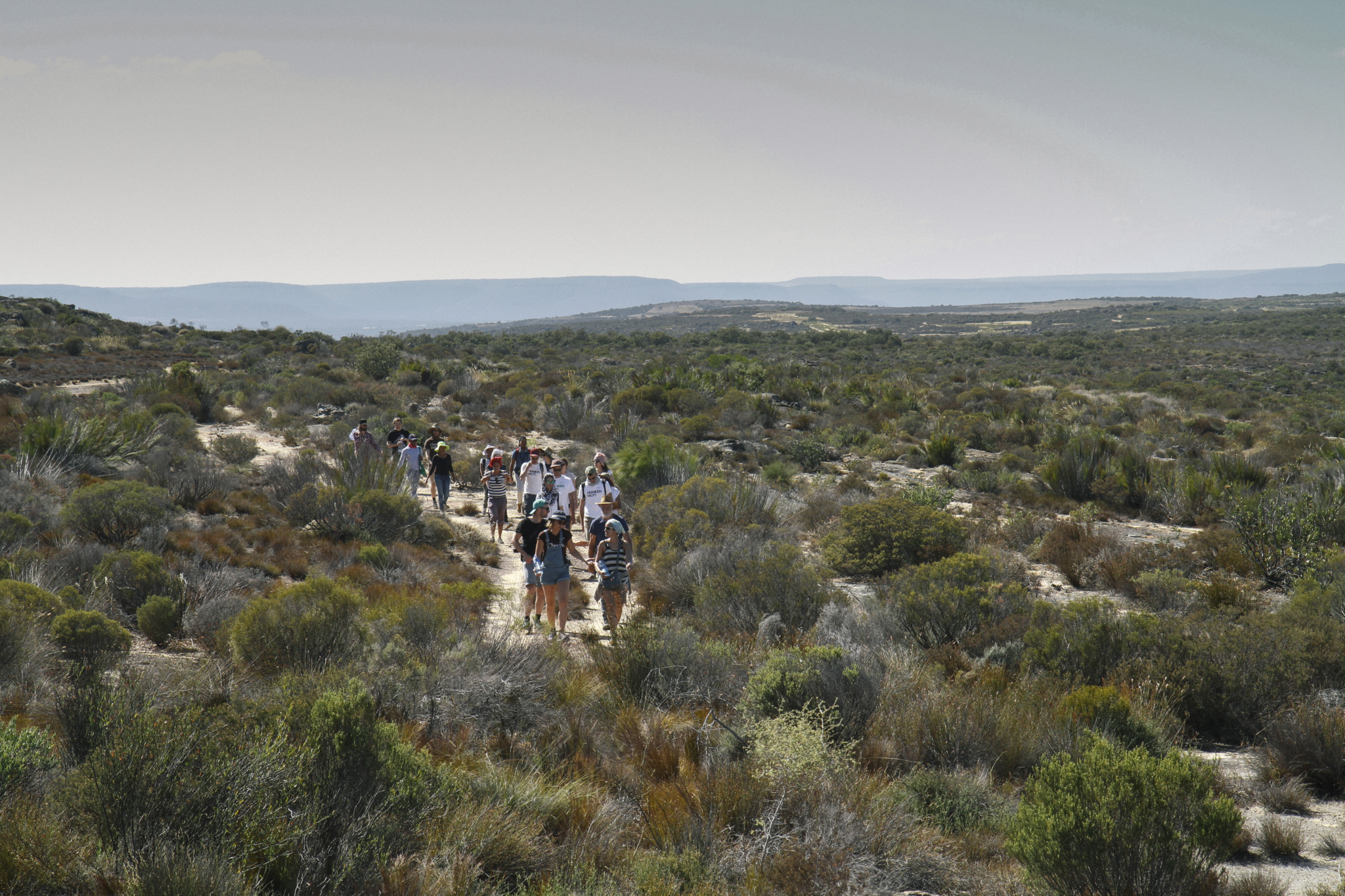 Blomfontein Farm, which is characterised by wildflowers and rooibos cultivation, also has to rely on the new tourism infrastructure. This includes the marking out of hiking trails, the further development of the teahouse and the expansion of the infrastructure. For the guided tours on the farm grounds, field guides will be trained who, in addition to their expertise for the region, have specialist knowledge of the ecosystem and sustainable tea cultivation and thus can offer exciting tours. Climate change is also on the agenda and visitors will be sensitized to the changes in nature and their direct contribution to them. Indigo will enable the participants to manage the tourism business on the farm itself and, together with the farmers on the farm and in the communities, will build up a further pillar with tourism in order to strengthen the region’s economy on a sustainable basis. In this way, the communities gain independence from tea exports and climatic changes and can diversify their income.

The Foundation is the sole sponsor of the project and thus supports all costs related to infrastructure and training. Due to the long-term partnership we are able to see the impact of the individual projects. With the land purchase campaign, in addition to secure access to land, eco-tourism has always been an important step for the future development of the farm. Now the time has finally come and we are very pleased that this project is finally being put into practice. 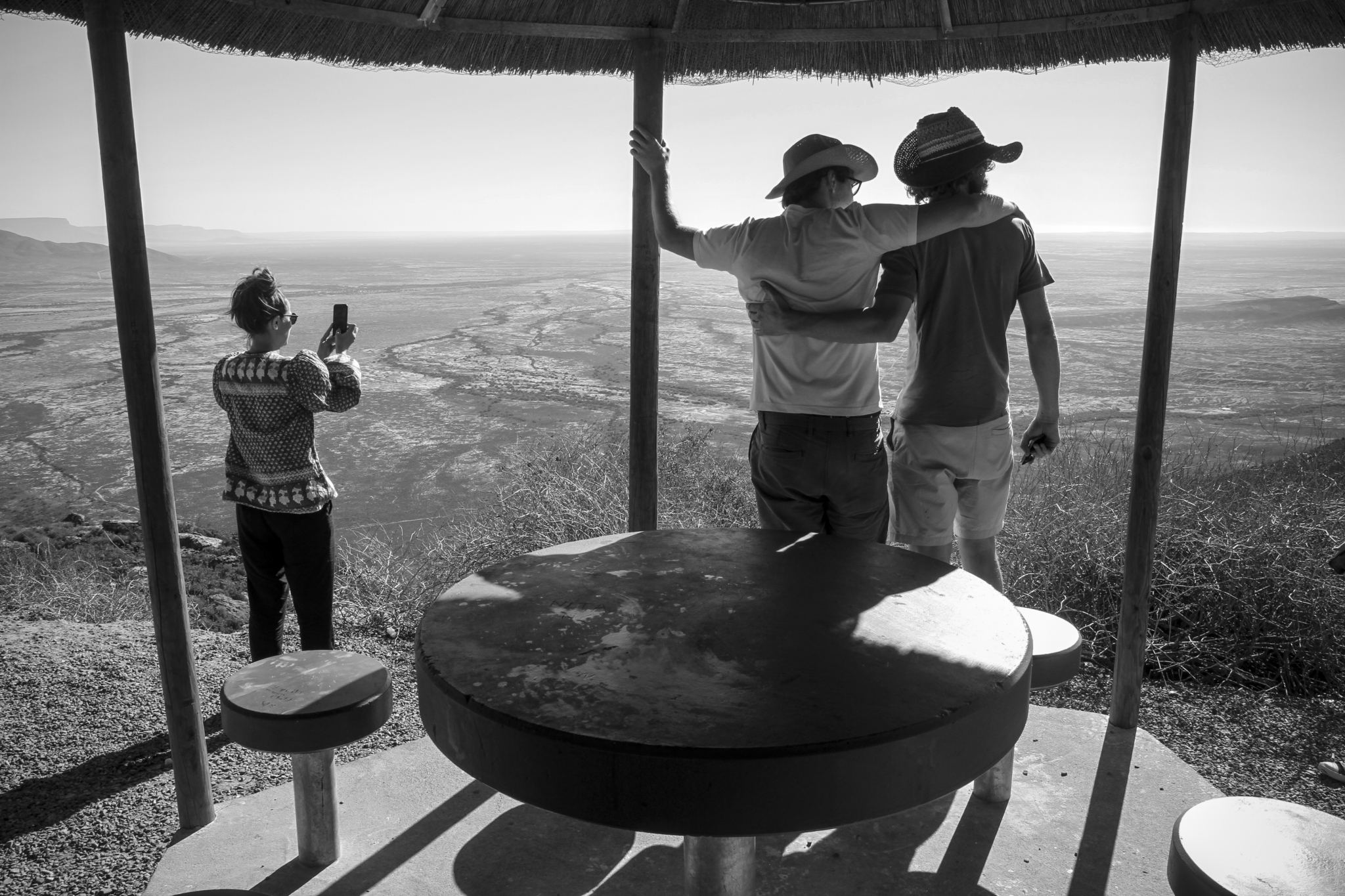 (*) Editors note: “Coloured” was an official classification under the apartheid regime. The Coloured population forms its own Afrikaans speaking cultural group in South Africa.