The beekeeping project in South Africa’s Eastern Cape aims at tackling the high unemployment rate in the structurally highly disadvantaged area. A beekeeping training for young locals, offers the perspective of a secure income while utilizing local resources. The beekeeping project, is one of two projects by the project incubator ‘Nceduluntu’ that is supported by the Lemonaid & ChariTea Foundation since May 2017.

The project is situated in Wesley. The community is part of the Nqushwa district in the Eastern Cape of South Africa. A region that is characterized by extreme disparities that can be traced back to Apartheid. This means that Wesley belonged to the racially segregated Ciskei ‘Homeland’. The majority of the families living in this region were expulsed from white farms in the Eastern Cape, as a consequence of the apartheid regime policies. Today, the region struggles with the legacy of systematic neglect during Apartheid.

The population is faced with high poverty and unemployment rates. With 78 percent unemployment the region exceeds the provincial average by 20 percent. For the majority of the households the monthly income is below 107 Euro. The non-profit organization ‘Nceduluntu’ aims of tackling the social and economic problems in the region by supporting the development of the region through the promotion of community driven projects. For this purpose, it skillfully takes advantage of the local resources.

A new home for wild bees generates work and income

The beekeeping project was born out of the observation that many wild bee swarms are home to the blue gum trees growing on the grounds of the ‘Nceduluntu Centre’. At first a pilot run was initiated. Six people from the community were trained by a professional beekeeper from a neighboring village and the first hives were set up. Additionally, a partner to sell and market the honey was found. 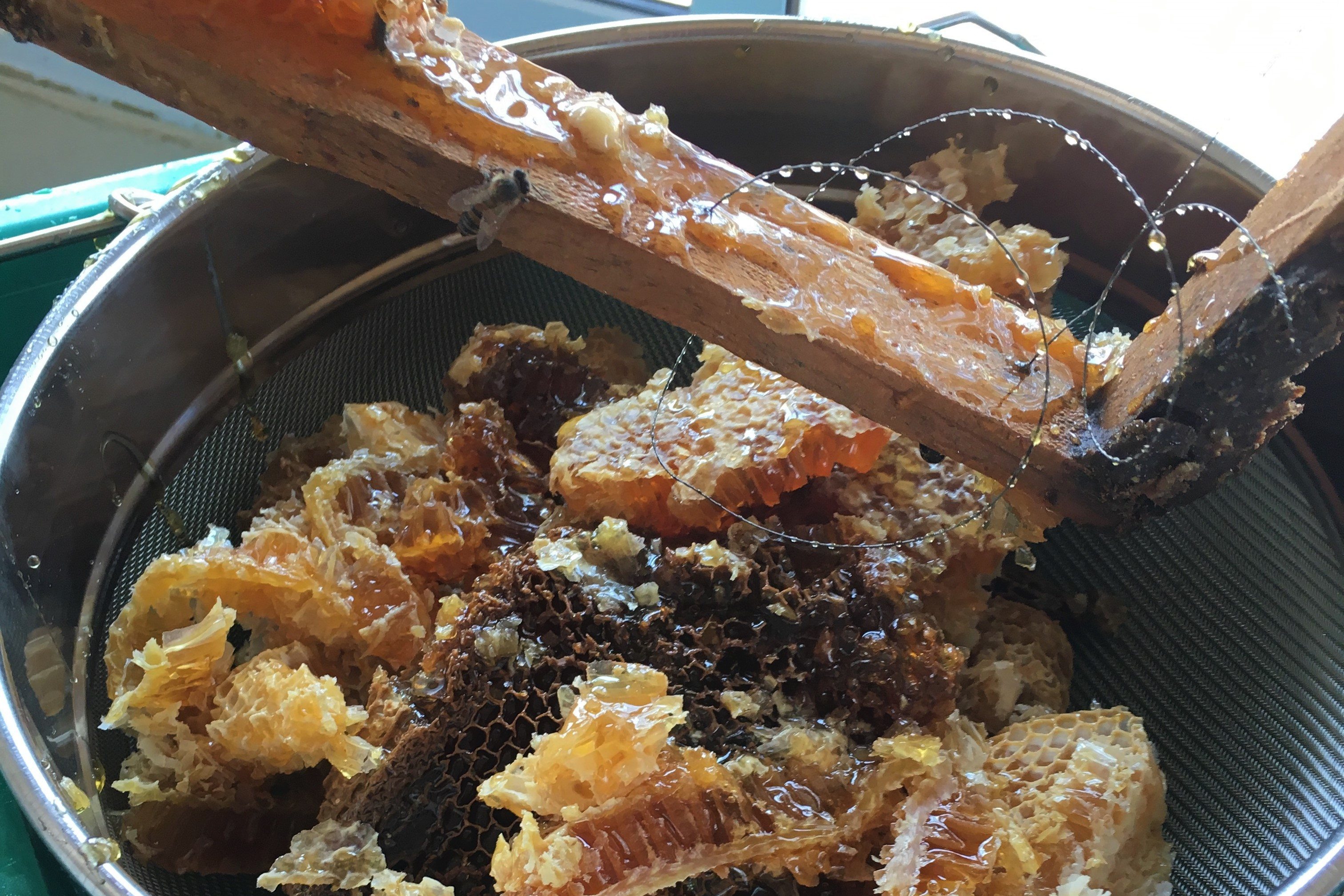 The program is designed especially for the local youth because unemployment is at its highest among this age group. Since May new hives have been set up, one more person has joined the training and the first honey has been sold. This year’s weather conditions however turned out to be a complicating factor. A prolonged period of drought has decreased the number of bee swarms in the area. As a consequence not all hives are occupied yet.

Through the financial support of the Lemonaid & ChariTea Foundation the initial start-up of the project is facilitated. They plan to scale up to 30 hives and acquire proper beekeeping training as well as a foundation relating to business issues and equipment.

The wild bees that find a new home in the hives on the well protected land of the Nceduluntu center generate urgently needed employment. Thereby they strengthen the economic situation in the region.