The Rural and Urban Development Forum

Since November this year the Lemonaid & ChariTea Foundation funds a third project in India. In the North of the country in the state Bihar, the organisation GENVP is active since the 1980s. GENVP stands for Gramin Evam Nagar Vikas Parishad. From Hindi, it translates to Rural and Urban Development Forum.

Mahatma Gandhi and Loknayak Jai Prakash Narayan are leading figures for the organisation. Throughout their lives, both of them represented the view, that development can only happen if people are involved and take the lead in their own development. For GENVP, the focus, particularly, lies on marginalised groups like the Dalit. The rest of the Indian society calls them ‘outcastes’. To those groups, GENVP offers access to education, health and chances for a regular income. GENVP states:

‘Women, Children and Dalits are the strongest agents of social change and through them the other sections can also be reached.’

Networking between the different organisations amplifies the impact

Self-Reliance, autonomy, peace, equity and justice are GENVP’s leading stocks. Their mission: Facilitating the establishment of sustainable development through initiation of social action; strengthening the understanding of equity in urban areas, and bring it to the rural ones. 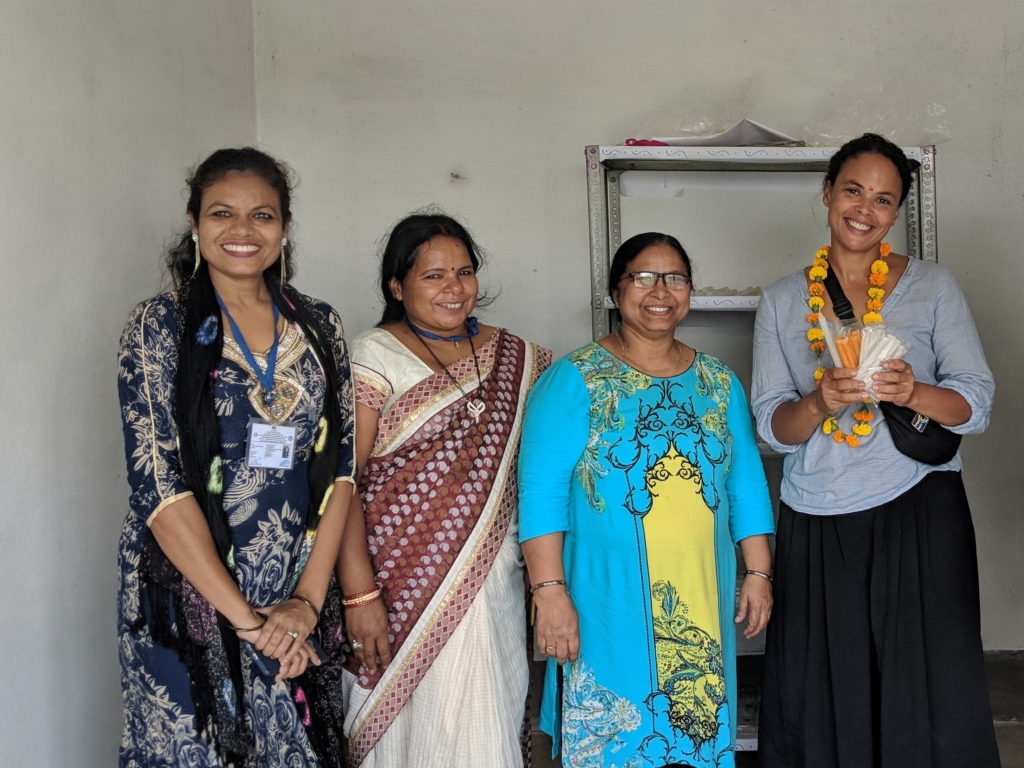 For more than 30 years, GENVP implements and assists projects in Bihar. That means, they have experience in the country’s matters and the social circumstances of the civil society. But even more importantly, they have a strong network. During the past three years, GENVP assisted 17 projects, also implementing some of them. They are members of additional 17 networks, seven of which they initiated themselves. With a professional team of seven permanent employees, they are able to create many various projects, despite little workforce. That’s why a great deal of the funds, the NGO acquires, are actually used for the projects and their realisation, directly.

Candles lead into an independent life

The Lemonaid & ChariTea Foundation supports GENVP in a project called ‘Lighting Lives’. This project aims to support and rehabilitate beggar-women in Bihar. The women have different backgrounds; for religious or societal reasons they have been casted out. Without work, and especially as women in the city, their situation is critical. For years, GENVP’s task has been to facilitate housing to those women. Subsequently, they want to enable the women to rehabilitate their lives on their own. ‘Lighting Lives’ helps with one good: Candles.

Candles are products used in India every day. Not necessarily because of lack of electricity. India, with its strong Hindu culture, is a country of festivals. A lot of religious events require a large amount of candles. First and foremost, the ‘Festival of Lights’; Deepawali. The need of candles is, naturally, dependent on seasonal variation. For the Festival of Lights, though, there can’t be enough. GENVP states, that candles are always needed.

In spacious India with its weak infrastructure in rural areas, regional production is a crucial factor. Out-of-town, there are some small production facilities. Those are part of the so-called ‘cottage-based-industry’, which is small-scale production out of homes. Therefore, it is hard to supply the demand. Thus, two advantages emerge. Firstly, there are no big industrial competitors. GENVP’s project can produce ‘cottage-based’ as well. Secondly, the project is easy to reproduce. The work and reintegration of beggars, especially from the population of Dalit, is a pioneer project. GENVP’s intention is to convince NGOs in the whole country to copy the project idea and implement it in their region. For it can give perspective to the poorest of the poor. It is supposed to create work and invigorate communities. 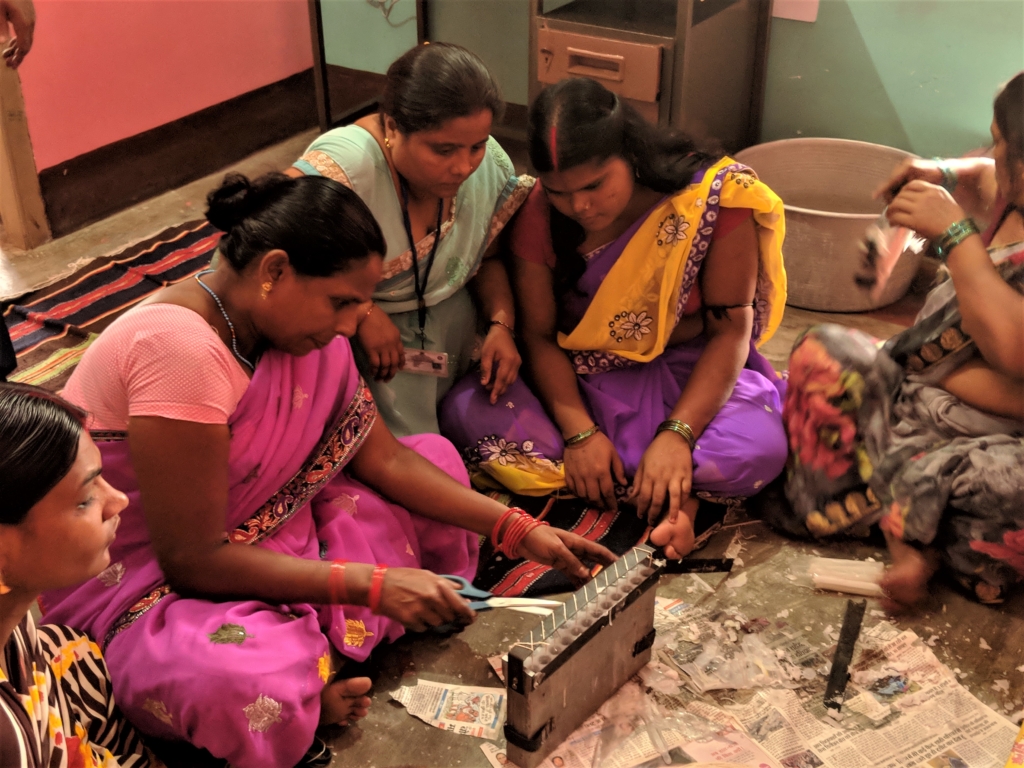 Woman cutting the wicks of the candles

The project idea was already implemented in a pilot project. 32 women in a shelter for beggars – ‘Shanti Kutir’ – went through a training for making candles and marketing. Three years from now, 125 candle making units shall be implemented through the ‘Lighting Lives’ project, that is supported by the Lemonaid & ChariTea Foundation. Each unit is being operated by four women, equipped with cord, paraffin and moulds. They earn nearly 10.000 Indian rupees, which is equivalent to around 120 Euros. The organisation takes responsibility in storage and distribution, as well.

Regarding the question, what it is the women would do with a regular income, almost everyone answered: Buying clothes, food and to have a roof over one’s head. What would they do if the income already carried those expanses? Everyone was clear about this answer; they want to enable their kids to get a good education.

The women learn a trade in one month, which enables them to earn money on their own. Furthermore, they have the chance for reintegration and participation in their own communities. In conclusion, they do not live off somebody, but themselves. Additionally, they earn respect, send their kids to school and therefore pushing sustainable development in future generations, as well as safeguard their future. The Lemonaid & ChariTea Foundation allocates the only fund for this project and therefore supports trainings, salaries for employees of GENVP, materials, and storage.

GENVP supports communities on their way to independence and promotes sustainable development in economy and society. The organisation implemented a project, which is easy to conduct and replicate. More importantly, they give people living in poverty a fair chance for a self-reliant life.