We are grateful to announce that the Lemonaid & ChariTea Foundation is supporting ‘Avani Earthcraft’. Avani is a cooperative located in the Kumaon region of the Himalaya, working to empower the population and regenerate biodiversity through the revival of traditional craft:

The new project partner Avani Earthcraft is based in Kumaon, a remote region in the Indian Himalayas. In this region many of the small villages are several hours by foot away from the next main roads. The majority of the 3.6 million people in the region are dependent on agriculture. Yet, small landholdings lead to subsistence farming that is not sufficient to support the local families. Moreover, the fragile ecosystem has suffered from over-exploitation in the past years  which also has an adverse effect on the harvest.  Due to a lack of alternative livelihood opportunities a growing part of the population has been forced to move away to the urban centers looking for job opportunities. Often this results in a situation where women and children are left behind and families are separated.

The NGO Avani has been addressing many of the issues arising in the area by looking for sustainable and lasting ways to diversify sources of income and to improve the overall quality of life. The project supported by the foundation, was founded by Rashmi Barthi und Rajnish Jain who moved to Uttrakhand in 1996, seeking a life closer to nature. The trained mathematician and economist initiated a cooperation between farmers and partisans called ‘Earthcraft’. It aims to create jobs and training opportunities, as well as to conserve traditional craftwork for future generations and add to the preservation of natural resources.

Especially marginalized groups have profited from the establishment of ‘Earthcraft’. 72 percent of its members are women. As a result of their social standing women often belong to the most vulnerable groups. In particular women that are widows, abandoned by their husbands, destitute or physically challenged. For them ‘Earthcraft’ offers empowerment through a stable source of income and the promotion of self-esteem. 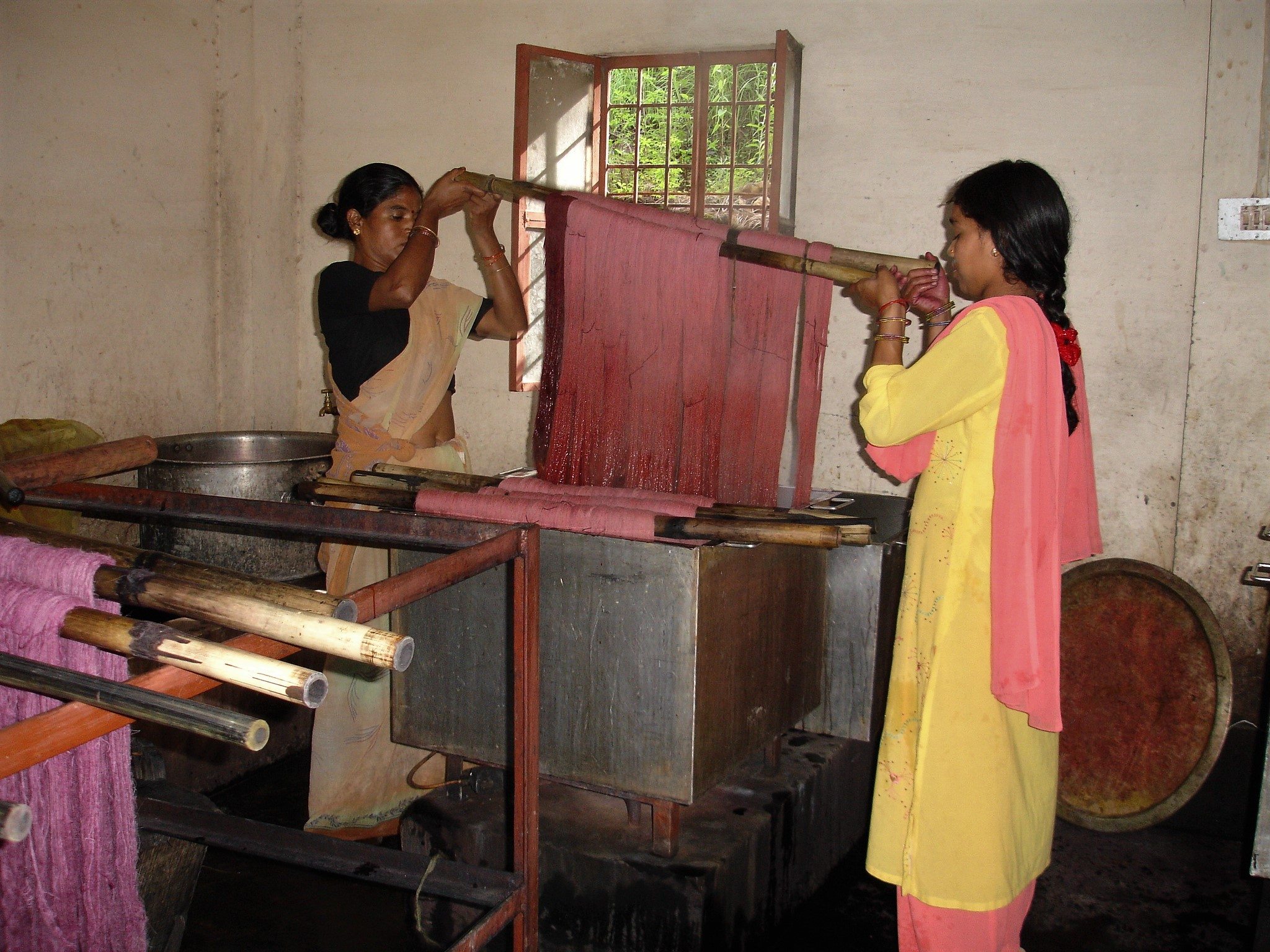 Since its kick-off, wasteland has been recuperated and managed in a sustainable manner. Through the cultivation of new dye plants like indigo and turmeric the biodiversity in the region has been enriched. The crops are less working intensive and yield more income for the farmers. Raw materials like wool, silk and pashmina are dyed, spun into yarn and woven by the partisans into beautiful textiles such as handwoven shawls and mufflers, but are also used for cosmetics. Beyond providing the farmers and artisans with a stable income, the project contributes to the preservation of traditional skills within the local culture. The fusion of modern and customary elements is resulting in a prospering local economy caused by the aim of maintaining the whole supply chain within the region and making traditional crafts a viable livelihood opportunity.

Altogether, the project has managed to reach an impressive number of rural artisans and farmers. But ‘Earthcraft’ wants more. We are happy to support them in their endeavor to double their outreach to 2400 participants, so that an even bigger number of people can profit from their work.